Is it super cliche if the title is "Rybo, in HOT" ?

Is it super cliche if the title is "Rybo, in HOT" ?

#1 by Rybo
Hey guys, I was in the 163rd vFS as most of you probably know and with its closure I made my way here.

My sim experience is fairly long, although hardly exceptional like many of the storied veterans we hear stories about. I got my first taste of flight simming with FS 95, and my first taste of combat flight simming with European Air War. I've used every Microsoft/LM civilian sim since. From European Air War I moved to the Novalogic series of sims. F-16, MiG-29, and F-22. I spent way too many hours dropping nukes in F-22 Lightning 3. I also spent maybe 40 or 50 hours in Falcon 4 Allied Force.

One day I stumbled on a video of a guy looking around a 3D F-16 cockpit and it blew my mind. That was my first introduction to BMS and the first time I had ever seen TrackIR in action. Down the rabbit hole I went! I bought a cheap HOTAS. I bought a Logitech G13 to use as an ICP and DED. I bought a TrackIR. I eventually got some cheap Saitek pedals. Soon all the toys weren't enough and I wanted to fly with other people. I flew with friends and randoms bros on the VG server and the Falcon Online servers. I craved doing it how they did it in the real world. I didn't just want to drop bombs and see stuff explode. I didn't want to just dogfight. I wanted to do everything from start to finish how it was done in the real world. I was told the only the only way to really do that was to join a squadron. I joined my first virtual group, the 27th VFW, and flew with them for about 20 or 30 hours. I noted a lot of inconsistencies with what I had been studying in the real world Viper docs. I didn't feel like it was appropriate for me to tell them how they should operate, so I simply went on my way in peace.

Next I went to the 1st VFW for a bit, but quickly noticed the same lack of depth to the training and operations. Many of the guys were extremely experienced and talented but it just didn't scratch the itch. By luck or fate, I found the fledgling 8th VFW where I spent the remainder of my time in BMS. We were never a large or well-known group due to some petty drama in the community, but it was the first place where I felt that we operated to a very high degree of realism and accuracy. It was an incredible experience that I'll never forget. I flew a handful of missions with real world Viper pilots while I was there, which is the pinnacle of my virtual career. Unfortunately the 8th began to fall apart after the primary founder had some super serious real world shit to deal with. Me and a few other guys tried to keep it afloat as best we could, but he was the brains behind the operation, and our nonsense issues in the community prevented us from being able to actively recruit new talent to help us maintain the website. I eventually made my way out of the denial phase and admitted that the squadron was dead. Knowing I would never find another like it I left the BMS community in early 2017.

I semi-seriously messed around with DCS, but I had a hard time proving to myself that all the negativity I had heard about DCS was total garbage. Once I overcame that I was still a little heartbroken about the 8th and just rolled solo. I found A-10 docs on the USAF e-pubs portal and flew as realistically as I could doing singleton training sorties. The 476th content was also helpful and I wanted to join them for a while but that ultimately wasn't the right path for me. I found Sleepy on the forums and his signature block intrigued me so I gave it a shot. That led me to be a part of the Buddy Wing Program which is how I met Dojo, and ultimately ended up here. Most of my time is in the A-10, but I also have the Ka-50, the Huey, and the Hornet. During the time-frame from about 2012 to late 2017 I was also a big VRS Superbug user and beta tester. I'm fairly knowledgeable about the Super Hornet which has translated really well to the DCS Hornet. I think it goes without saying though that the Viper will be a day 1 pre-order for me regardless of what my wife thinks or how cool/fun the Hornet is

In the real world I'm a 31 year old electrical/test engineer at Lockheed Martin Space Systems in Colorado. If you bring up spacecraft....well you've been warned

Looking forward to getting to know you all and being a part of the 57th! 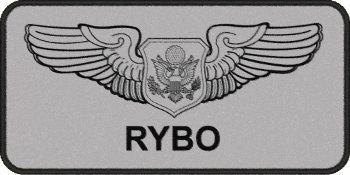